I was delighted to read an advert that Peter Merrick, who played the fabulous part of Pilate in Lincoln Cathedral’s Production of Jesus Christ Superstar in 2015 and 2016, posted on Facebook a few days ago.  Peter is going to be performing with Kate Fenn, to raise awareness and much needed funds for the Ethan Maull ‘Up Yours to Cancer’ Foundation.  He’ll be singing with Kate Fenn, a selection of songs from musicals and Christmas at The Friendship Inn, Laughterton on 9th December at 7.30pm.

“We can start Christmas off early, have some fun and a jar or two. Hope to see you there”.

“I’m delighted to share this fabulous event with you – what better way to welcome the Christmas season? Come along and join in as Peter Merrick & Kate Fenn entertain you with songs from the musicals and Christmas songs in the warmth of the fabulous Friendship Inn at Laughterton.

About the Ethan Maull “Up Yours to Cancer” Foundation

When a family friend was diagnosed with Breast Cancer, Ethan Maull, at just 6 years old, helped his father Darren raise over £4,000 for Cancer Research. Darren and his friends, first took on the Yorkshire Peaks and a short time later completed the National 3 Peaks. On the last climb, Ethan joined his father making the final ascent to the top of Snowden, an amazing fete for a small boy!

Just 2½ years later in 2012, Christmas brought a devastating blow to the Maull family when Ethan, at just 8 years old was diagnosed with a rare form of Osteosarcoma, a children’s bone cancer.

In reading about the really tough battle Ethan went through in his young life I would urge anyone who can make this event to make an effort and join Peter and Kate in Laughterton and raise funds for this great cause. 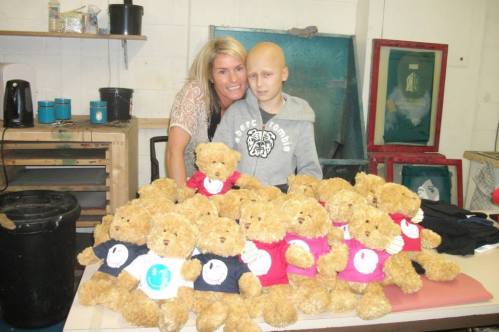